Have you ever thought of joining a writers’ group?  The Florida Writers Association, of which I am a member, has a number of them, and Veronica Helen Hart leads three different groups.  In the abbreviated article, below, from The Florida Writer, she describes how the groups work.  She has written ten novels and a play.  Regarding her experience with writers’ groups, she says: “One of the most successful efforts has been participating in critique groups and leading a writers workshop for the past several years. I have learned more in these sessions than I ever did in college classes.” 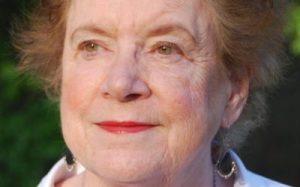 “The first group is the Daytona Area Writers, which grew quickly, and split off a
second group, the  Daytona Area Fiction Writers, which maintains a schedule of two
writers a week, every week, submitting a maximum of 20 double-spaced pages in advance online. This is an invitation-only group, focused on fiction with a goal of
publishing. We meet at a local Barnes & Noble store. Another group, the Ormond Writers League, is a well-established group. Individuals read five to seven
pages aloud, and members critique on the spot. I found this technique most helpful to me as a writer but difficult to do as a listener. I prefer to read, so I asked if people
wouldn’t mind bringing one printed copy for me. Now, everyone brings copies to share.

Members must respect the leader’s ability to moderate the group. There are often
occasions when the moderator is called upon to resolve personality issues before they become major problems.

In both DAW and DAFW, the meetings open with news of writing progress from each member and announcements of upcoming competitions or conferences. There is always support and encouragement for writers who submit work for competitions or to
agents.  At DAW, we frequently do writing exercises or have a mini-workshop before critiquing. At the DAFW, we start with critiques.  The guidelines for critiquing are probably the same  as for most writing groups, however, and we don’t let members stray. Critiques may not be personal and must address the writing only. This is about critique, not criticism; about critiquers, not critics; about the effect the work evokes in a variety of readers; about writers helping writers to encourage areas of strength and improve areas of perceived weaknesses.  Our critique groups allow writers to save face before offering themselves on the sacrificial altars of agents, editors, and publishers.
To be critiqued, you must be an active participant in the group, which includes submitting your writing for critique.  Start by praising strengths.  Avoid the use of the word you. Instead of saying, “You used passive voice…” you can say, “I found the
passive voice used several times …” Or, instead of, “You can’t let a person jump off that building,” you can say, “I don’t understand how a person could survive jumping off
that building.” Offer positive feedback. Highlight and emphasize what worked well in the manuscript.  When speaking, still avoid you. Try saying, “I felt completely drawn into this scene,” instead of, “You wrote a great scene.”  When the writing is not so great, offer constructive suggestions. “It might help pick up the pace of this story if the scene where she’s grocery shopping was either dropped or cut short,” instead of, “The grocery store scene is boring.” Members are discouraged from rewriting the story for the author. It is okay to suggest an alternative path for the protagonist only if the
author has asked for help.  Critiques are not meant to be copyedits.
Typos and misspellings may be marked on the manuscript rather than being used as a discussion point, although an assessment of the manuscript mechanics may be part of the evaluation.  Honesty is the best policy. Consider the most basic questions: Has the author anything to say? Has the author said it in the best possible way?  In the end, kindness counts. This does not mean a charm offensive or gushing over a mediocre
manuscript. This does no one any good. But some writers never recover from being chewed up and spit out by a cannibalistic critique group.

In our twice-a-month group where we have a large attendance, everyone may submit up to ten pages for critique. We ask for four to six volunteers to critique each manuscript the schedule is then posted on a dedicated Yahoo site.
In our weekly group, two people may submit up to 20 pages and everyone critiques. This is also posted on a Yahoo site.
One of the most important rules is that the person whose manuscript is being critiqued
remain quiet during the critiques and can then reply once everyone is finished. Generally, the responses are to thank everyone for their help. There should be no need for anyone to defend their manuscript or take exception to a critique.
If something does not apply, the author is always free to politely thank the person and ignore the comments.
The best thing about these groups are how supportive each person is to everyone else in the group.”

If there were a writers’ group near me, I think I might join if I could bring along bits of a novel I’m working on.