I bought this book by Osamu Dazai at the Kaizosha Book Store at Narita Airport on the way back from Tokyo to London. It was one of perhaps a dozen novels available in English from the bookstore. 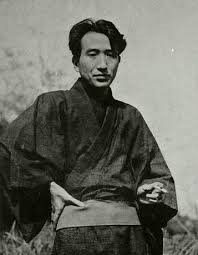 Having never read the work of a Japanese novelist, I was eager to try one.

The translator, Donald Keene, has an introduction in which he explains that the literal translation of the Japanese title, Ningen Shikaku, would be “Disqualified as a Human Being”. Having read the novel, I don’t feel that either title does the work justice, but I can’t think of a better one. Keene makes the point that Japanese writers and literary intellectuals, in general feel isolated (as is Yozo, the protagonist in No Longer Human) from the West, where the perception may be that Japanese writers have nothing interesting to offer.

Dazai (June 19, 1909 – June 13, 1948) grew up in a small town in the remote north of Japan. His family was wealthy and educated; Dazai himself was familiar with European literature, American cinema, modern painting and sculpture. So he was very much aware of Western culture. Dazai’s earlier novel, The Setting Sun, was reviewed by Richard Gilman in Jubilee: “Such is the power of art to transfigure what is objectively ignoble or depraved that The Setting Sun is actually deeply moving and even inspiring. . . . To know the nature of despair and to triumph over it in ways that are possible to oneself – imagination was Dasai’s only weapon – is surely a sort of grace.”

No Longer Human is told in the first person by Yozo the youngest child of a large, well-to-do family in the north of Japan. In this regard, Yozo’s background (and perhaps his feelings about others) mirror those of Dazai. The story begins in childhood and continues until about the age of thirty. Yozo is a good-looking child, but he suffers from and extreme lack of self-confidence, and to put my own diagnostic on it: he also suffers from some form of autism in the sense that he has difficulty interpreting the emotions and the motivations of others. His father, a powerful figure, remains remote. He feels disconnected from most of the humanity around him. His coping mechanism is to be the clown: valued by others as a sort of entertainer. While Yozo is obviously intelligent, his disconnection means that he has no real identity or a goal in life. Instead, he is buffeted hither and thither by the forces he encounters.

This theme of disconnection is central to No Longer Human, and it is reinforced by contrast with supporting characters. Yozo’s wife, Yoshiko, is trusting of other people to a fault. Yozo’s companion, Horiki, has an entirely selfish method of dealing with other people. Flatfish, Yozo’s family-imposed guardian, is entirely logical. Given that Japanese society is tightly constrained by a complex web of un-written rules of interaction, it must be particularly interesting in Japan to consider the fate of someone who has never learned the rules, but is Japanese.

Yozo stumbles from one disaster to another, but one cannot help but feel some sympathy for this crippled human being. These feelings of sympathy are aided by the various women who fall in love with Yozo for the “good boy, the angel” that he is. It deepens the tragedy that Yozo is unable to see past the feelings of self-denigration the kind, even loveable character that he is.

If No Longer Human is representative of modern Japanese literature, I would say: “Seek it out!”

I’ve read the story carefully and, Frances, I’m afraid the price for doing professional work is a good deal higher than you are prepared to pay at present. You’ve got to sell your heart, your strongest reactions, not the little minor things that only touch you lightly, the little experiences that you might tell at dinner. This is especially true when you begin to write, when you have not yet developed the tricks of interesting people on paper, when you have none of the technique which it takes time to learn. When, in short, you have only your emotions to sell.

This is the experience of all writers. It was necessary for Dickens to put into Oliver Twist the child’s passionate resentment at being abused and starved that had haunted his whole childhood. Ernest Hemingway’s first stories ‘In Our Time’ went right down to the bottom of all that he had ever felt and known. In ‘This Side of Paradise’ I wrote about a love affair that was still bleeding as fresh as the skin wound on a haemophile.

The amateur, seeing how the professional having learned all that he’ll ever learn about writing can take a trivial thing such as the most superficial reactions of three uncharacterized girls and make it witty and charming — the amateur thinks he or she can do the same. But the amateur can only realize his ability to transfer his emotions to another person by some such desperate and radical expedient as tearing your first tragic love story out of your heart and putting it on pages for people to see.

That, anyhow, is the price of admission. Whether you are prepared to pay it or, whether it coincides or conflicts with your attitude on what is ‘nice’ is something for you to decide. But literature, even light literature, will accept nothing less from the neophyte. It is one of those professions that wants the ‘works.’ You wouldn’t be interested in a soldier who was only a little brave.

In the light of this, it doesn’t seem worth while to analyze why this story isn’t saleable but I am too fond of you to kid you along about it, as one tends to do at my age. If you ever decide to tell your stories, no one would be more interested than,

P.S. I might say that the writing is smooth and agreeable and some of the pages very apt and charming. You have talent — which is the equivalent of a soldier having the right physical qualifications for entering West Point.

F Scott Fitzgerald makes a very good point: that the most important skill of a writer (of fiction) is to be able to convey the feelings of his/her characters to the reader in a unique and compelling way.  It is not enough to tell the story clearly and neatly, gaining the reader’s attention. As he puts it, we have little interest in a ‘soldier who is a only little brave’.

How does one convey feelings in this compelling way?  First of all, as a writer, one must feel the feeling; it is not enough to imagine how it would feel.  Then, one must place oneself into the character so that the expression of the feeling is consistent with the character’s personality: different people express anger (for example) in different ways.  Finally, one has to ‘paint the picture’ carefully selecting from all the many available devices:  How does the character look?  What does she say?  What does he feel?  How do others react?  What does it sound like?  What’s a good analogy?

General David Dawson is a character who appears in two of my novels: The Iranian Scorpion and Hidden Battlefields.  He is the father of Robert Dawson, the principal character, a US Drug  Enforcement Agent in both books.

Why is he there?  Several reasons.  He is a different character than Robert; he is impulsive, hot-tempered, impatient, and something of a womaniser; traits which Robert does not share with his father.  But David is also brave (a decorated military commander), intelligent and ambitious; attributes which are visible in Robert, too.  The general’s relationship with his son is complex.  On the one hand, he is disappointed that Robert did not follow him into a military career.  He wonders, sometimes, whether his son is worthy of his heritage.  But at the same time, he feels genuine affection for his only son and admires his accomplishments as a DEA agent.  There is also a love rivalry between the two men for a very attractive woman.  This rivalry begins in The Iranian Scorpion and reaches crescendo pitch in Hidden Battlefields.  In this situation, David’s wild impulsiveness, and Robert’s cool-headedness come into play.

Most readers will admire the general when he strays off his assignment as a nuclear weapons inspector in Iran, but one cannot be astonished when his impetuousness gets him into serious trouble.  Similarly, in Hidden Battlefields, he places himself in situations where his military skills are called for, but are not always used to the best advantage.

Robert’s mother is mentioned in The Iranian Scorpion as an embittered ex-wife, but she re-appears in Hidden Battlefields as a happily re-married woman who successfully takes some control over her ex-husband in a situation where Robert has no levers to pull.

So for me, the secondary characters in a novel help to define the values and the personality of the main characters.  Secondary characters also add depth and interest to a novel; without them, at best, a book becomes two dimensional.  In addition, they are usually essential to the progress of the plot, and, as in both of the above novels, they help the author express a theme.  The Iranian Scorpion, is about what it takes to succeed in a challenging situation: more than a intelligence, a plan and courage: it takes attention to detail and luck, as well.   In the case of Hidden Battlefields the theme is that while we as individuals have major, un-resolved conflicts going on in our heads, we cannot reach our full potential as human beings.

The July issue of IBPA Independent magazine has an article entitled “My Battle with Pirates” by Rhonda Rees. 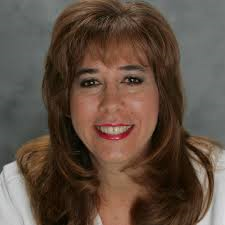 Late one evening, shortly after I had self-published Profit and Profit with Public Relations: Insider Secrets to Make You a Success, I decided to run a Google search for it – and there it was, staring me right in the face.  My book, along with hundreds of others, was being given away free with the simple click of a button.  By the time I had discovered this, one website had already given away 600 copies of my book, and another one, which had the nerve to say that it had my blessing, had given away 1,500 copies.  As you can imagine, I was shocked.  And as I now know, you may find yourself in this very same unwanted position.  Any book can be pirated online.  It’s not just the famous writers and recording artists who are being ripped off.  Even the fact that I trademarked and registered my title here in the United States didn’t keep my book safe, since many pirates are located overseas.

I decided to take her advice and run a Google search: “<title of book> free download”.  Three of my six novels produced results of commercial websites that had my copyright material on them.  Two of the three promise “free downloads”.  All three referred me to the website http://www.donnaplay.com, where I had to register to be eligible for the free downloads.  It turned out that I had to provide my credit card information, because after a five day free trial, there is a monthly fee.  So the downloads aren’t really free.

The two websites that initially came up promising free downloads had contact forms where I could request that the page be deleted from their site.  The third had a similar request form, but it was not live, and the telephone and email information was obviously false.

So what does Ms Rees recommend?

I, also, was rather shocked that half of my novels are being pirated.  I think my next step will be to get my publisher involved with http://www.donnaplay.com.  If that illegal site has three of my novels, they must have at least one hundred of the publishers other titles.