In the IBPA Independent magazine, December 2017, there is an article by Ron W Mumford about the lessons he has learned on his 20-year path through the industry.  He certainly has a sense of humour and some good advice to offer, so I’ve quoted excerpts below.  Ron has written a non-fiction book, Finding Your Soulmate, God’s Way, a thriller, Gray Justice, and a fantasy trilogy: Wayne’s Angel, Betwixt, and Z-Gen.  As a businessman, before his started writing books,  he had taken a company public on NASDAQ, become a licensed financial consultant with two of the largest brokerage firms in the US. 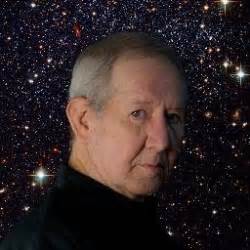 He says, ” During the 1990’s I wrote my first novel: 800 pages double spaced, 200,000 words.  I was so proud of myself.  The work was sure to win the Pulitzer Prize!  Sound familiar?  After my first edit by a professional editor, the work was cut in half with a notation from the editor, ‘Ron, you have written two books in one and you ramble.’

As regards the publishing industry, he says, “What a new and different industry full of well-wishers, scammers and instant-success gurus, all looking to take your money while promising the bestseller list and delivering nothing.  I queried literary agents for two years, finally found a couple, and, again, got nothing.  Finally I decided I would become a literary agent and go to New York and Hollywood to learn first hand how this crazy industry worked. I picked up several writer clients and headed to New York City with client manuscripts in hand.  All the Big Five publishing companies rolled out the red carpet to a new literary agent from Texas.  I spent half a day at Simon & Schuster and even met Stephen King’s editor.  I asked each editor, ‘What are yo looking for?’  They all replied, ‘Great writing.’  I asked, ‘Define ‘great writing.’  Again, each editor replied similarly, ‘We’ll know it when we see it’.

‘”What a cop out!  What they should have said in complete honesty was, ‘We are looking for well-known authors and celebrities with a huge following so we can sell hundreds of thousands of books.  Your chance of being published by us are about 100,000 to one.’

“My last stop in lower Manhattan was at Warner Books, where I was granted an appointment with a vice president/editor.  When I entered his office and gave him my card, he snapped, ‘What gives you the audacity to think you can be a literary agent?’  This guy did not know Texas audacity.  I took a deep breath, leaned on his desk and replied, ‘The same audacity that told me I could swim with the sharks on Wall Street.  Do you want to talk books or what?’  Needless to say, Warner and my literary agency didn’t do any business.”

Ron says that he sent out 100 client manuscripts a month to small and medium sized publishers and he managed to get 12 books published.  He mentions that he got one client a seven-book deal, and that the client later got a five-book deal with HarperCollins.  “After my money and my passion hit new levels of low, I passed her (the client) on to a great literary agency.  There are good lit agents out there.

“I sent emails to every IT/social media guru that I personally knew, asking them, ‘How do you mass market books?’  I got no replies.  I talked to one guy that guaranteed a best seller.   I asked him how he does his marketing and how much he charges.  Answer, ‘For 30 days, I send out tweets on Twitter, I charge $3000.’  I passed on that offer, even for a ‘guaranteed bestseller.”

Unfortunately, Ron does not offer any sure-fire solutions to the achievement of mass book marketing at an affordable price.

On the Guardian website, February 20, 2010, there is an article, Ten Rules for Writing Fiction Parts 1 & 2, which caught my eye, mainly because of the writers who were offering their opinions.  In this post I’ve picked out some that haven’t been covered before in this blog, and with which I agree or disagree. 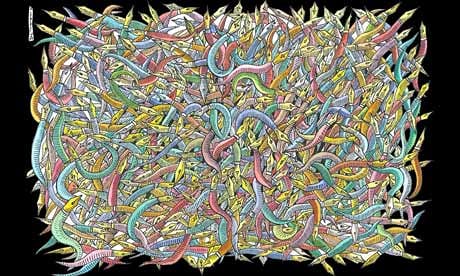 Illustration: Andrzej Krauze from the article

Is this a metaphor for writing fiction or for the opinions about it? 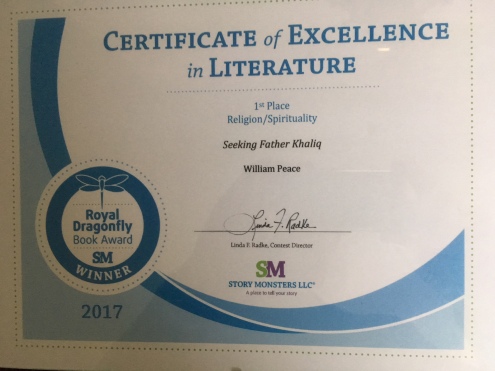 The synopsis of Seeking Father Khaliq is as follows:

Kareem al-Busiri is a tenured professor of philosophy at a prestigious Egyptian university.  A woman whose eyes alone are visible, invites him to meet a Princess Basheera.  After doubt and discussion, he agrees.  Princess Basheera asks al-Busiri to find Father Khaliq, who is apparently her very old father, and she suggest that he find him on the Hajj.

Kareem is a secular Sunni Muslim, a widower, with three children: Naqib, the oldest is a leftist lawyer and secret member of the Muslim Brotherhood; Wahida, like her late mother is a Copt, working for the Red Crescent; Kalifa, a handsome, principled conservative plans to be an army infantry officer.  Adeeba is a winsome widowed Copt, Kareem’s late wife’s best friend, professor of archaeology, and an expert in ancient Coptic history, culture and language.  Adeeba’s younger adult daughter, Sagira, has a romantic interest in Kalifa.

On the Hajj, which Kareem undertakes with Hafez, a busy-body, agnostic colleague, there are near encounters with Father Khaliq.  The religious fervour of two million pilgrims, and the mystery of the Hajj make an indelible impression on al-Busiri.

Princess Basheera encounters Kareem on several occasions, appearing unexpectedly, wearing casual clothing, but always a niqab, exposing only her eyes.  She discusses his findings, she suggests new pilgrimages, and there is often an exchange of views on the ideas of important Arabic philosophers.  Kareem wonders: Is she real, or do I imagine her?

On a trip to Medina, al-Busiri visits the Prophet’s tomb and finds that, next to the Prophet is a vacant tomb reserved  for the second coming of Jesus.  He narrowly escapes a suicide bombing in the Date Market, and hears a woman crying out for Father Khaliq.

Persuaded to go on Arba’een, the pilgrimage of over twenty million to the Shia shrines in Karbala, Iraq, Kareem joins eleven Shia scholars from the University of Bagdad.  He becomes caught up in the intensity of the emotion at the tomb of Ali, the Prophet’s grandson and Shia icon.  During the return to Bagdad, the professors are taken hostage by a violent ISIS cadre and held for ransom.  Locked in an abandoned house in Ramadi, they are rescued by a Shia militia in a bloody shoot-out during which four of the Iraqi professors are killed.

On his return to Cairo, Kareem finds that Kalifa has been posted to north-eastern Sinai, where the army is engaged in almost daily skirmishes with Wilayat Sinai (the ISIS affiliate in Egypt).  Wahida suspects that her older brother’s law firm is providing material support to the terrorists.  Kareem reports the law firm, anonymously, to Egyptian intelligence, and meets with his son in an attempt to moderate his increasingly strident views.

With Hafez, on a trip to Jerusalem, the great mosques on the Noble Sanctuary, the Western Wall, the Jewish Quarter, and a Druze settlement on the Golan Heights are visited.  Again, there is the illusive Father Khaliq.  Kareem walks the Via Dolorosa with a Christian guide.

Kalifa and Sagira are married in jubilant Coptic and Islamic ceremonies.

Adeeba takes Kareem on a trip to Rome where he is impressed with the splendour of Christian pageantry, music and art, and the two become lovers.  She tells him she has found that ‘Khaliq’ is one of the lesser-known of Allah’s ninety-nine names.

Kalifa is killed in an attack on his base with a rocket which Wilayat Sinai was not known to have.  Wahida suspects that Naqib was involved in the supply chain.  Kareem washes his son’s body for burial; a grieving Naqib appears at the burial.  Wahida finds damning circumstantial evidence, which she passes to an intelligence officer, of Naqib’s involvement with the terrorists.  Naqib, and his law firm partners, are arrested, tried in secret, sentenced to death, and hung.  Again, Kareem washes the body of his son.

Kareem is grief-stricken, and visits his mosque for prayer.  He hears a voice offering reassurance.  Is it Allah?  Adeeba, whom he has now married, suggests that he must seek a new identity in his remaining family and his profession.  In a vacant classroom, Princess Basheera appears once again.  She debates with him the meaning and relevance if an idea of the philosopher Ibn Sina.  Kareem understands her message; she disappears. 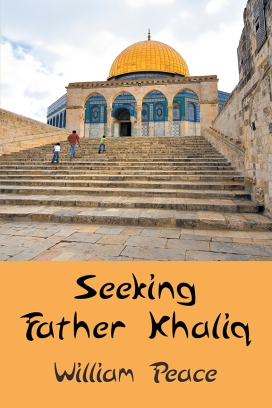 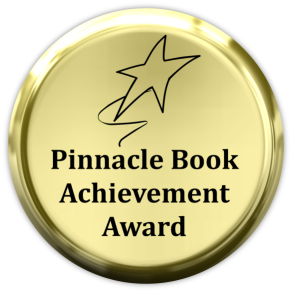 When I first started writing, and someone asked me the question, “What is a novel?”, I would have replied, “A good story.”  But frequently, brief replies don’t really enlighten the questioner, and the more I write, the more I understand that a ‘good story’ is actually very complicated indeed – at least when it is written down, printed, publicised, sold to the general public, and liked by its readers well enough to earn its writer more than a trivial income. 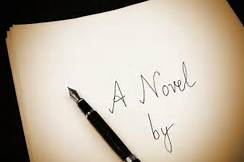 So what does a ‘good story’ consist of?  There are a number of qualities of a ‘good story’, and while some may not be directly measurable, they are all, at least scrutinisable and subject to opinion:

And then, there are the variables which define how the story is told:

Perhaps there are some variables I’ve overlooked.  Please don’t hesitate to mention them.