Christian Faulks’ new novel is the story of a male psychologist, Robert, told in the first person. 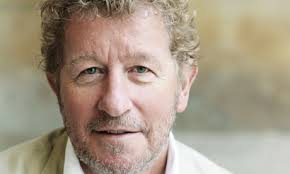 Robert is a middle-aged and living alone with his dog.  There is a girl friend  who ditches him for incongruous reasons.  His social life seems rather awkward, and his practice somewhat neglected.  Robert was two when his father was killed in the First World War; he was brought up by his mother in rural England in constrained financial circumstances.  Robert, however, was a good student: selected for grammar school, and able to get a place at a good university, he joined a partnership with others psychologists who ran a care home for people with severe psychological problems.

He receives a letter from an aging army colleague, Pereira, of his father’s who lives in the south of France and who promises information about his father, as well as the opportunity to manage some psychological intellectual property.  Having accepted Pereira’s invitation to go to his house on an island in the Mediterranean, Robert discloses much of his history.  He joined the army in the Second World War and fought in North Africa, later in Italy. His experiences in Italy are told in graphic detail.  They left a lasting impression on him.  While he is on medical leave recovering from a serious wound, Robert meets an Italian girl, Luisa, and the two fall hopelessly in love.  However, the two are separated when Robert is called back to duty.  He later learns that the Italian girl has gone back to her husband.

We are brought back to the present (1970’s), and Robert is sought out by the brother-in-law of Luisa.  Luisa is very ill and wants to see Robert again.  They meet again, but I won’t give away the ending of the story.

Where My Heart Used to Beat is a solemn, somewhat pessimistic story, and one of the themes of the novel has to do with the extent to which we have choices in life.  Nonetheless, I found it hard to put down.  One is torn between sympathy for the difficulties Robert faces, and frustration that he does not make better choices for himself.  Faulks does an excellent job building Robert into an understandable, complex character.  We are aware of his thoughts and feelings as well as his actions. Some of the psychological sub-themes didn’t work for me: for example, Robert has a theory that some severe mental illnesses have cellular causes.  The arguments for the theory were rather obscure and I failed to see the relevance of the theory to the novel.  Unless it is that our choices is life are limited by the cells in our brains, but, as I say, this didn’t work for me.  What did work was the picture of a tragic life that could have been less tragic.  The story of that life is beautifully written, and attention-capturing.  Most of the events in that life are rather extraordinary.  This, I think, makes it more difficult to draw general (ordinary) conclusions from it.