Camilla Turner, Education Editor at The Daily Telegraph, had an article on the April 2 issue of the Telegraph, which was titled: ‘Time to turn over a new leaf as infants ‘swipe left’ on books’.

“Children are swiping on books in an attempt to turn pages, teachers have said, as they are confusing them with mobile phones and iPads,” the article began. 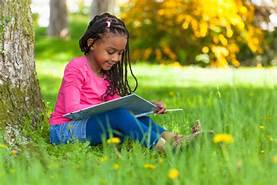 “There is a ‘disturbing’ trend of children in reception and at nursery school picking up library books and trying to ‘swipe left’, delegates at the National Union of Teachers (NUT) annual conference in Brighton were told.  During a debate about libraries, Jennifer Bhambri-Lyte, a delegate from North Somerset, told of “happy childhood memories” of “running into a library, snuggling in a corner with a book, cuddling up to mum, turning the pages, gazing at the pictures”.  She told the conference: “Kindles and iPads are wonderful things, but many of my friends talked about the smell of a book, finding tickets and receipts that someone had left as a bookmark, echoes of all the people that had been there before.”  Ms Bhambri-Lyte went on: “I’ve taught both nursery and reception and I personally still find it disturbing to see a child pick up a book and try to swipe left.” She said that books are a now luxury that many struggling families cannot afford, and that libraries can act as a “pair of armbands”.

“A previous report by the National Literacy Trust (NLT) advised parents to turn to iPads and Kindles to get boys interested in reading, amid fears that large numbers of children are shunning books at a young age.   Their research found that children aged three to five often read for longer and had a better grasp of vocabulary when accessing touch-screen technology. Tablet computers had a particular impact on groups that are traditionally most resistant to reading – particularly boys and infants from poor families, the study added.”

The article went on to complain about the reduction in the number of public libraries in the UK, due to budget cuts.  Quite what the relationship might be between ‘swiping left’ and library budget cuts is not clear.  For some reason, children swiping left in their library reminds teachers and librarians that budgets are being cut.  If one disentangles this strange logic, it seems to me that there is nothing particularly ‘disturbing’ about children swiping left.  They will soon learn that this is not the most effective way to turn the pages of a book.  On the other hand, reducing the number of public libraries is certainly a very poor idea.