I have been somewhat unclear in my mind as to whether I am writing literary fiction or genre (inspirational) fiction.  In some of my early posts, I saw myself as a genre writer of thrillers, but more recently i have moved away from pure thrillers to books which are more philosophical and somewhat theological, although all the books I have written have elements of fairly intense suspense.  So where does that put me: in literary or genre?

I’ve recently found an article in the Huffington Post written by Steven Petite on the above subject.   He is a freelance writer, who, according to the Huffington Post, has appeared in Cigale Literary Magazine. His work has appeared on Playboy.com, Fiction Southeast, New York Game Critics Circle, Indie Game Magazine, The Rock Office, Bago Games, and Cavs Nation.  Well, we won’t hold any of that against him, because 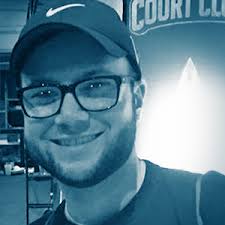 his article, for me, makes a lot of sense.  He says:

“Fiction, of course, is a work that is imagined from the mind, a different world than reality.

“An argument can be made that there are two types of fiction when it comes to novels: Genre Fiction and Literary Fiction. The former includes many subcategories such as Mystery/Thriller, Horror, Romance, Western, Fantasy, Science Fiction, etc. The latter is more difficult to classify or break apart into subcategories. To put it simply, Literary Fiction is anything that does not fit into a genre.

“There are certainly high brow literary readers who believe that genre fiction does not deserve any merit. Then there are the types who exclusively read one or two sub-types of genre fiction and automatically classify any “serious” works of literature as pretentious or boring.

“While changing opinions on reading tastes is not easily controllable, the war between Literary Fiction and Genre Fiction is one that will probably continue for years to come.

“The main reason for a person to read Genre Fiction is for entertainment, for a riveting story, an escape from reality. Literary Fiction separates itself from Genre because it is not about escaping from reality, instead, it provides a means to better understand the world and delivers real emotional responses.

“All of the most prestigious awards for fiction each year are given to works of Literary Fiction, which makes it sometimes easy to say that writers who write literary sorts of books are better writers.

“In reality, neither of the two categories of writers necessarily deserve the distinction of being better writers. Different writers is a better word choice.

“Yes, across the bestseller lists there are novels that contain poor writing, and those lists are normally dominated by Genre Fiction. That does not mean that all Genre Fiction writers cannot form competent and engaging prose. The works of Stephen King, Thomas Harris, Michael Crichton, Neil Gaiman, George R.R. Martin, and many others are written with great prose that shows a sound grasp on the written word. Do these types of writers sweep a reader down into their fictionalized world? Yes. But do they provide a means to stay inside reality, through the trials and tribulations of every day life, and deliver a memorable experience that will stick with you emotionally for the rest of your life? In my opinion, no. The works that are well written by genre writers are the ones that provide the best form of entertainment and escapism that fiction has to offer.

“On the other hand, works by writers such as David Foster Wallace, Jonathan Franzen, Haruki Murakami, Cormac McCarthy, Zadie Smith, Don DeLillo, a multitude of other modern day writers, and all of the twentieth century giants such as Hemingway, Fitzgerald, Faulkner, and Joyce, touch the reader in a different way. There is a sense of accomplishment and fulfillment from finishing a “serious” book and the most important aspect in determining if the novel was indeed a remarkable escape not from reality, but into reality, is if a reader reflects on the words after the last page is turned. With really great pieces of Literary Fiction, this reflection can last for days, weeks, months, even years, until the novel pulls you back in to experience the magic all over again.

In essence, the best Genre Fiction contains great writing, with the goal of telling a captivating story to escape from reality. Literary Fiction is comprised of the heart and soul of a writer’s being, and is experienced as an emotional journey through the symphony of words, leading to a stronger grasp of the universe and of ourselves.”

I find this discussion helpful in giving me a clearer definition of what is Literary and what is Genre.  But it doesn’t help me put a specific label on the novels I have written.  They have characteristics of both types.  The article helps be establish a clear direction in which I want to travel: into my reality in a way that fascinates and challenges my readers to explore new ideas.