My wife and I saw this film last weekend.  It was a disappointment.  The film, which is military code for ‘what the f**k’, is based on the memoir, The Taliban Shuffle, written by Kim Barker, about her assignments as a war correspondent in Pakistan and Afghanistan.  I haven’t read the book; I read an article about Ms Barker and the book that appeared in The Telegraph.  The book sounded interesting and thoughtful, with a black sense of humour.  In fact, the New York Times book review confirmed this.

The film, which has Tina Fey playing Ms Barker, begins with her volunteering for an assignment in Afghanistan to escape her humdrum assignment of covering minor stories; besides: she is single with no children.  She is thrown into cheap accommodation in the green zone with a lot of other expatriates, some of whom are competing for the same stories.  A US Marine general regards her as an inexperienced liability, but she achieves credibility by gaining candid interviews with US soldiers, putting herself in harms way to capture video footage, and by gaining the respect of some Afghans.  Eventually, she realises that being a war correspondent is not in her best long term interest, and she returns to the States. 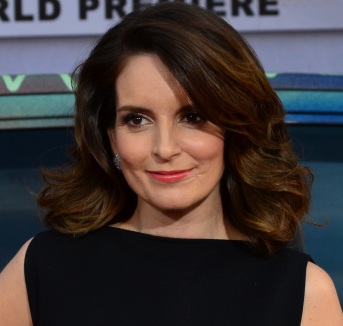 I had three problems with WTF.  First of all there was too much emphasis on the partying going on among the correspondents and other expats.  The film left me with the impression that every night was an Animal House blow-out.  While I’m sure there was uninhibited drinking and casual sex, the emphasis on that aspect of life as a war correspondent made it difficult to position the film as a serious commentary, which Ms Barker’s book clearly is.

Secondly, the dialogue was difficult to follow.  Actors were speaking at a frantic pace and using lots of slang.  Eventually, I realised I could understand what was going on by just watching the video.  If the audience can’t follow the dialogue, why include it?

Third, and most important, the film was a series of events, some funny, some sad, some thought provoking, some totally forgettable, without a unifying theme or message, except that the danger involved in covering a war can be addicting.  Ms Barker, in her book draws several sobering conclusions about the ‘Af-Pak’ region, and why the West was doomed to fail in its strategy of involvement.

I will say that Tina Fey is engaging in the lead role, Christopher Abbott is credible as her Afghan fixer, and Martin Freeman does a fine job as the lustful, flippant Scottish correspondent.  Some of the video footage is worth seeing, and there are some examples which illustrate the huge culture gap, but these opportunities are largely lost.