Last week there was an article in The Daily Telegraph with the title ‘Chick lit book covers are putting men off, says author’. The article was written by Hannah Furness, Arts Correspondent for the Telegraph, though her Telegraph web page suggests she is more Royal Correspondent.   In any case, I agree with her article:

“Pink, glittery book covers are putting readers off works by female authors and should be made more gender-neutral, a best-selling novelist has said.  Jojo Moyes, who wrote Me Before You and its sequels, said the public did not want to read novels that were marketed to women with cliched cover designs. 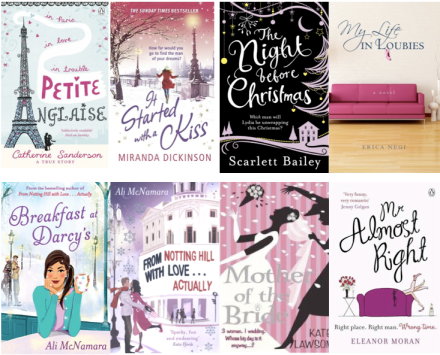 “Ms Moyes said she had been ‘lucky to get a wider audience’, thanks to covers that appealed to male as well as female readers.  ‘So many women who write about difficult issues are lumped under the chick lit umbrella’ she told the BBC.  ‘It’s so reductive and disappointing – it puts off readers who might otherwise enjoy them.  If it was up to me, we would all discover things in a huge massive jumble  The boundaries are being blurred, with women writing domestic noir and thrillers.  Supermarkets want things that are easily categorised, but people don’t want to read something pink and glittery.’

“Several female authors have insisted their books are marketed differently. In 2014, Jodi Picoult argued that many books considered great works of art by men would be put within ‘pink fluffy’ covers if they had been written by a woman.  In 2015, Joanne Harris highlighted a ‘growing gender division’ in fiction, which saw a ‘sea of pastel pink in the romance section (as if men were neither interested in romance, nor expected to participate in romantic relationships)'”

When I’m in Waitrose, I frequently glance at the books for sale, and I find they usually fit into one of two categories: last years best-sellers by well know authors or recognisably pink and fluffy chick lit.  So, I agree that supermarkets want their products to be easily recognised.   And, I suppose that if I were a slightly bored female shopper, what might appeal to me would probably be a juicy romance or last year’s novel by Dan Brown.  It would have to be an impulse decision; after all, there is a well-stocked Waterstones on the floor above.

I have discovered that there are literary agents who specialise in chick lit  I was looking on the internet for literary agents who might represent me and my latest novel, which I consider literary in the sub genre of inspirational.  So, I tended to exclude any agents who specialise in ‘commercial fiction’, non-fiction, fantasy, science fiction, thrillers and childrens’ books.  Lots of agents show the covers of their clients’ books on their websites.  And another turn-off for me was the predominance of pink and fluffy covers.  Maybe these agents and their clients are brilliant and maybe they could find me a great publisher, but I felt I would be less likely to be wasting my time by focusing on the agents who want to look at inspirational, literary fiction.