I went through the short list of candidates for this year’s Man Booker prize, and I selected Washington Black by Esi Edugyan as one I wanted to read.

Esi Edugyan was born in 1978 to immigrants from Ghana and raised in Calgary, Alberta.  She studied creative writing at the University of Victoria and received a master’s degree from Johns Hopkins Writing Seminars.  Her debut novel, The Second Life of Samuel Tyne was published at the age of 24, and despite favourable reviews of it, she had difficulty finding a publisher for her second manuscript.  She was a writer-in-residence in Stuttgart, Germany, where she found inspiration for Half Blood Blues, which was published in 2011 and short listed for the Man Booker.  She has since written a book of non-fiction, Dreaming of Elsewhere: Observations on Home, and Washington Black, which was published in September 2018.  She currently lives in Victoria, British Columbia with her husband, the novelist and poet, Steven Price and their two children. 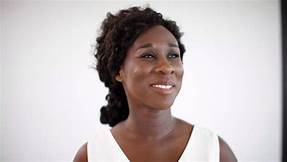 Washington Black is set initially on a sugar plantation in Barbados in the 1830’s.  An eleven-year-old field slave, Washington Black, is selected by the younger brother of the plantation manager,, Erasmus Wilde, to be the younger man, Titch’s servant.  While Erasmus is the irascible slave driver, Titch is a scientist with abolitionist sentiments, and he needs Washington to help him launch a prototypical lighter than air ship, the Cloud-cutter.   While preparations for the launch are underway, the Wilde brothers’ cousin, Philip, arrives on the plantation.  Philip brings news that his cousins’ father has died, and that their mother requires Erasmus to return to England, while Titch should take over the plantation, an assignment which he definitely does not want.  Philip commits suicide in the presence of Washington, so that the boy becomes a suspect of murder.  Titch and Washington depart hastily in the Cloud-cutter, but the craft is downed in a storm at sea and they are rescued by a ship which takes them to Norfolk, Virginia, where they find passage into Hudson’s Bay, Canada, where Titch’s father, an arctic explorer is supposed to have died.  But he hasn’t died, until later.  Titch disappears and Washington travels to Nova Scotia where he finds work and a Mr Goff, a marine biologist and his daughter Tanna, who becomes his love interest.  Washington travels to London to help the Goffs set up a pioneering aquarium.  Washington has Titch on his mind and he tracks him down in Morocco.

There is something surreal about this tale of achieving adulthood in the midst of tenuous relationships while travelling through a strange and hostile world.  All of the characters, with the possible exceptions of Washington and Tanna, are lost souls: people who have no chance of realising their human potential.   It is not clear to me what Ms Edugyan is hoping I will take away from her novel, except that being black is a life handicap and a being a slave is intolerable.  While the story in intriguing, I found my credibility being stretched now and then.  For example, Washington is uneducated except for some reading lessons from Titch, yet he designs a grand, state of the art aquarium, and aspires to have his name mentioned by the Royal Academy. Ms Edugyan’s writing is interesting, but occasionally it slips away from her as when she describes one character: “His was a small, square face in which the bones sat high and prominent, and the gesture seemed to thrust his skull to the very surface of his brow.”  I had the impression that the skull is just below the surface of the brow in any case.

Washington Black will appeal to those who enjoy the rousing adventures of an ex-slave.