There was an article in the Evening Standard on 28 January with the above title written by Katie Law, an ES journalist, covering the views of Lauren Child, the best-selling author-illustrator and current Children’s Laureate, on the problems faced by children’s books. 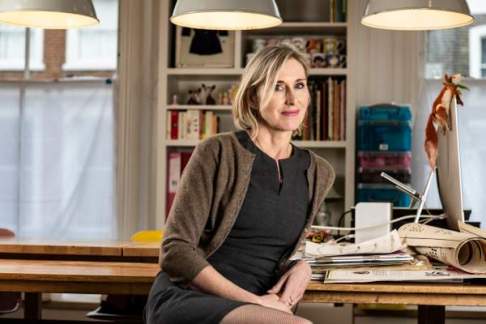 Law says: “Lauren Child thinks children’s book publishing still gets a bad deal. It’s one of the reasons she is so happy to be a judge for this year’s Oscar’s Book Prize ‘There’s still a lot of snootiness about children’s books. Just look at the teeny-weeny percentage that get reviewed compared to adults. It’s as if there’s a kind of hierarchy.’

“Child is best known for her books featuring Clarice Bean, Charlie and Lola (who became a TV series), Ruby Redfort and Hubert Horatio, which together have sold more than five million copies worldwide. In the two decades since we first met quirky, snub-nosed Clarice Bean and her chaotic, trendy family, her legions of original fans have become adults. ‘The most touching experience in my whole career is talking to grown-ups who tell me what the book meant to them when they were growing up,’ says Child, 53. ‘It’s why I’m so passionate about the idea that children’s book writing and illustrating should get more recognition, and why prizes like Oscar’s Book Prize are so important, because there is so little coverage. We know that a child’s life can be changed by what they read, so why don’t we spend more time thinking about what that material is?’

“Pippi Longstocking, Mary Poppins and The Secret Garden — all of which she has illustrated — were the books that had the most profound effect on Child when she was growing up. ‘The Secret Garden was a gamechanger because it was about someone who was so hard to like. She was plain, had a horrible expression on her face, was bossy and ungrateful. As a child I felt like her, I felt all of those things. I felt it was me. So for children who might think bad things about themselves, these stories can help let them off the hook. It’s all a drip-drip effect, which is why it’s important we talk about children’s books in a grown-up way, in terms of what they’re about, rather than just saying ‘Isn’t it lovely?’ 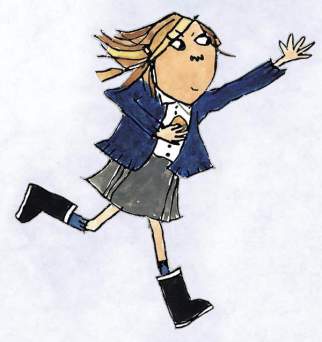 “Ms Child says: ‘We’re great at giving prizes for unusual adults’ books but not so good at praising people who have different ideas about children’s books; things need to be a bit more extraordinary.’ Her own trajectory is a great example: Clarice Bean only took off when she stopped trying to please her publishers. ‘I was young and kept trying to do what they wanted and getting it wrong, so every time I rewrote or redrew something, it would get more dead. It had none of me in it, so quite rightly they rejected it. I actually started writing Clarice Bean as a film and forgot about all the things you need to make a book, and that’s when the publishers suddenly became interested. It’s about the need to reject everything you think they want and find your own voice.’

“The National Literacy Trust finds that one in 11 children and young people in the UK don’t own a book (a figure that rises to one in eight children on free school meals), and that book ownership is one of the highest predictors of reading attainment and mental well-being.

“Child grew up in Wiltshire in a happy family not unlike Clarice Bean’s. Today she lives in north London with her partner, criminal barrister Adrian Darbishire, and their daughter Tuesday, now nearly nine, whom she adopted from Mongolia at the age of two-and-a-half after visiting the country as part of a Unesco project.  ‘Having Tuesday doesn’t change the way I write or illustrate but it does make me see more than ever how important illustration is. We had no common language when she arrived. But we did have drawing, and she was a natural right from the start, which really helped us communicate. It’s important for children that their drawings are looked at and that it has a wide role in education because it’s about learning to observe and understand, just like creative writing, and having these skills can make you much more empathetic.'”

I particularly agree with what Ms Child says about book publishers: they don’t know what they want, but when they find something eclectic that is well-written and full of the author’s passion, they go for it.