I bought this book at an airport bookshop in May, because I’ve never read anything by James Baldwin.  I’m glad I did, because Another Country is like no other novel I’ve read.

James Baldwin was born in Harlem, NY in 1924.  His mother left his biological father because of his drug abuse.  She then married a Baptist preacher, David Baldwin, with whom she had eight more children.  Young Baldwin was treated harshly by his step father, but he followed in the elder Baldwin’s footsteps to become a junior minister.  He later described himself as not religious, but his church experience clearly influenced his world view and his writing.  In 1948, Baldwin emigrated to Paris, discouraged by the racial prejudice in the US and aware that he was gay.  He spent most of the rest of his life in France, returning to the US a number of times to participate in the civil rights movement.  He wrote six novels, of which Another Country is the third, two plays, nine collections of essays and one collection of poems.  He died in 1987. 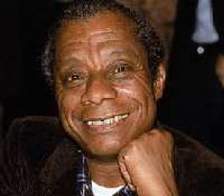 Another Country begins with Rufus, a young, black drummer from Harlem who has fallen on hard times, with drugs, too much alcohol, too few gigs.  Rufus meets Leona, a poor, white, Southern girl in a bar.  They go to a party, have sex and she follows him to his place, where Vivaldo, Rufus’ only friend, a failing writer, who is white meets them.  The three of them encounter Cass who is married to Richard, Vivaldo’s friend and high school English instructor, who is about to publish a novel he has written. Rufus drifts into a homosexual prostitution encounter, and losing his self esteem, beats up Leona and self destructs, committing suicide.

The scene then shifts to Ida, Rufus’ adoring sister, who becomes Vivaldo’s lover, but there is constant friction between them over their respective identities. They meet Steve Ellis, who is a promoter working with Richard.  Ellis senses singing and sexual talent in Ida.

The scene shifts to France where Eric, a bisexual friend of Vivaldo and Cass is making arrangements to travel to New York to take up a lead role in a play, and must take temporary leave from his young French boyfriend, Yves.

In New York, Cass, who has become estranged from Richard, has an affair with Eric, and Vivaldo who is desperate with suspicion over the affair between Ida and Ellis, also has a fling with Eric.

Richard learns of his wife’s infidelity with Eric; he had suspected Vivaldo; he is enraged but they are talking.  Ida confesses her unromantic affair with Ellis, and they, also are talking.   Yves and Eric meet at Idlewild airport.

This novel has a beautifully crafted, credible plot.  It delves into a nether world of drugs, music, self-gratification and self-deception. It deals with perceptions of racial identities on both sides of the divide in the US: neither blacks nor whites are happy, to the detriment of society generally.  It also deals with the gaps between actual and longed-for identities, and masculinity, which can lead to self-destruction.  As such, it is a portrait of a dysfunctional society.  One cannot help but feel that in the 1960’s when Another Country was published the portrait was accurate for some.

The only criticisms I have of Another Country are that some of the dialogue, while realistic, is just chit-chat and does not add value for the reader.  Similarly, some of the narrative about the perceptions and feelings of characters can be lengthy, complex and therefor loses some focus and clarity.  Finally, the environment of the relationship between Cass and Richard isn’t clear enough to support either Cass’ disappointment or Richard’s outrage.  I can only theorise that Baldwin did not have experience of long-time heterosexual relationships.

If you haven’t read Another Country, I highly recommend it.