I’m returning to Janice Hardy and her Fiction University website for her thoughts about creating a strong central character. 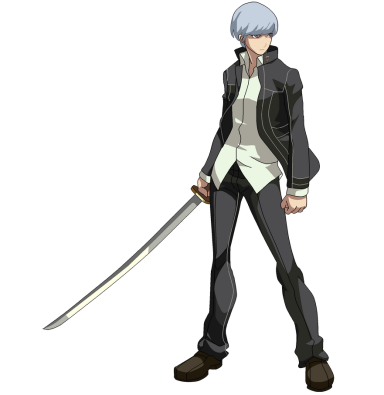 She says: “At the heart of every story is a person with a problem, and the more compelling that person is, the better the story will be. Flat, boring protagonists lead to flat, boring stories. And no one wants that. We want ‘jump off the page and grab the readers by the throat’ kind of characters. The ones you keep thinking about long after the book is over.  Here are ten ways to turn your protagonist from good to great.

1. She has a problem that needs solving

You’d think this would be obvious, but I’ve seen plenty of manuscripts where the protagonist could have died on page one and the story would have continued without missing a step. Make sure the protagonist is the one with the problem that has to be solved. No one else can solve this problem (or solve it as well as she can) and she’s central to the entire issue.

2. He has the ability to act

Protagonists who do nothing but react to the situation are boring. A good protagonist makes things happen and moves the story along through his actions and choices. If your protagonist isn’t in a position to affect change, consider how you can adjust it so he is.

3. She has reasons to act

Plenty of people might be able to do something, but unless they have a good reason, it starts to stretch credibility why they would get involved in something that clearly doesn’t matter to them. Imagine how unrealistic Die Hard would have felt if John McClane hadn’t been a cop and hadn’t had a wife being held hostage by bad guys. Why on earth would he have risked his life if there wasn’t a good reason? If your protagonist is risking her life or happiness, make sure it’s for a reason readers will understand.

4. He has something to lose

Just having a reason to act isn’t enough. Losing something that matters is a powerful motivating tool and will force your protagonist to do what he normally wouldn’t. He’ll take risks he’d never take if he didn’t have this consequence hanging over his head. It’ll also make readers worry that he might suffer those consequences and lose what matters most to him.

5. She has something to gain

This is an important aspect of the story’s stakes that’s sometimes forgotten or not thought through well enough. Watching a protagonist not lose has its merits, but when was the last time you went to a sporting event to see if your team didn’t lose? Readers want to see a protagonist rewarded for all her hard work and sacrifice, and a reason for her to keep going when everything tells her to give up.

6. He has the capacity to change

Character growth feeds the soul to the story. It’s what turns it from a series of plot events to a tale worth telling. A great protagonist has the ability to learn from his experiences and become a better (though not always) person. He won’t be the same person he was when the story started.

7. She has a compelling quality

Something about the person is interesting. Maybe she’s funny and likeable. Maybe she’s twisted and fascinating. She might have an unusual talent or skill, or a unique manner about her. Whatever it is, there’s a quality that makes a reader curious to know more about her. Often, what’s compelling is also contradictory, and wanting to know how these two things work together is what keeps readers hooked.

8. He has an interesting flaw

Perfect people are boring–it’s the flaws that make them interesting. Flaws also give you an opportunity to show character growth and give the protagonist a way to improve himself. Maybe he knows about this flaw and is actively trying to fix it, or he has no clue and change is being forced upon him. Maybe this flaw is the very thing that will allow him to survive and overcome his problems. Or the cause of the entire mess.

Open-book characters are too predictable, and predictable usually equals boring. If the protagonist is hiding something, readers will wonder what that secret is and how it affects the story. Let your protagonist be a little cryptic until readers are dying to know what her secret is.

10. He has someone or something interesting trying to stop him

A protagonist is only as good as the antagonist standing against him. Where would Sherlock Holmes be without Professor Moriarty? Dorothy without the Wicked Witch? Buffy without Spike? A great protagonist needs someone worth fighting or his victory is meaningless. Think of your antagonist as the opposite of your protagonist. The dark to his light, the evil to his good. Match them well for a villain readers will love as well as hate.

A protagonist who knows what she wants and makes the story happen is a far more compelling character than one who sits around and waits for the story to happen to her. Make sure your protagonist is more than just someone in the middle of a mess.