Excerpts from the article are as follows:

“A demonstration of how responsive the US marketplace can be to a national crisis: Have a look at Amazon Charts‘ nonfiction listings.

Normally updated on Wednesdays, these titles are showing No. 1 and 2 in both the charts’ Most Sold and Most Read categories to be, respectively White Fragility: Why It’s So Hard for White People to Talk About Racism (Beacon Press, 2018) and How to Be an Antiracist by Ibram X. Kendi (Penguin Random House, 2019), respectively.

Those two titles went onto the list two and three weeks ago, respectively just after, and one week after, George Floyd’s death for which former police officer Derek Chauvin now is charged with second-degree murder. 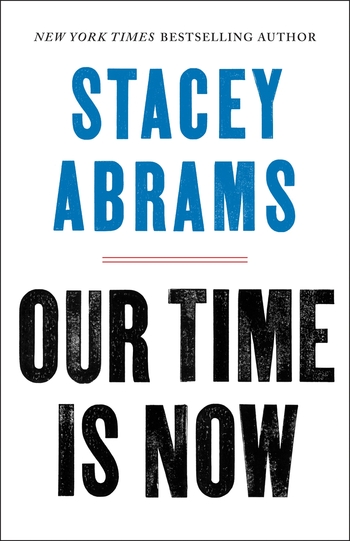 And just out a week ago, on June 9, Our Time Is Now: Power, Purpose, and the Fight for a Fair America (Macmillan/Henry Holt) is the timely new release from Stacey Abrams on voter suppression.

On the list of potential vice-presidential candidates for the Joe Biden ticket, Abrams’ book arrived with eerie timing last week–just as Georgia (where she has run for governor) went into a primary-election meltdown of voting-machine failures and waiting lines between four and eight hours long.

More from the Amazon Charts, Most Sold in nonfiction–and the timing on many of these, most on the list for one or two weeks, indicates the drivers to which publishing’s content is responding:

I think it’s pretty remarkable the extent to which writers and publishers are responding to a national crisis as evidenced by the dominance of these non-fiction works on the Amazon Most Sold List.