There is an article by Alison Flood in The Guardian on March 18, 2019 in which she analyses the Emilia Report. 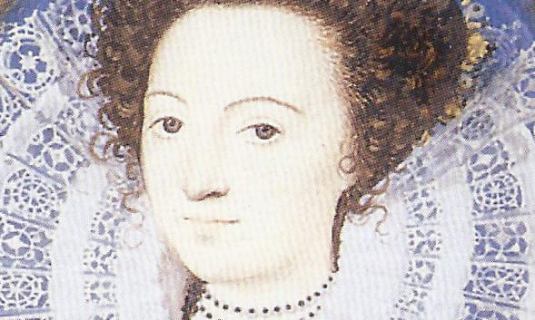 Excerpts from the article are quoted below:

“Emilia Bassano became England’s first published female poet in 1611 and – according to some – could be the “Dark Lady” of Shakespeare’s sonnets. But Bassano has largely been forgotten by posterity, with her reputation eclipsed by male contemporaries. Four hundred years later, research commissioned by the producers of Emilia, a play about Bassano’s struggle for recognition as an artist, has found that women writers continue to be judged by the “pram in the hallway”, and pigeonholed as domestic rather than taken seriously as authors.

“The Emilia Report compared broadsheet coverage of 10 male and female writers in the same market. It found a “marked bias” towards male writers, who received 56% of review coverage. Looking at comparable authors Neil Gaiman and Joanne Harris, who had both written new works of fantasy – Gaiman’s Norse Mythology and Harris’s A Pocket Full of Crows – researchers found that while Gaiman’s received widespread coverage, Harris’s did not receive any coverage at all. A similar story emerged for commercial fiction authors Matt Haig and Rowan Coleman; his How to Stop Time was mentioned 12 times by newspapers, in a mix of reviews, interviews and news, while her The Summer of Impossible Things got just three mentions.

“References to women writers’ ages were “ubiquitous”, even in reviews, the researchers found, with women twice as likely to have their age referenced as part of their coverage. In the case of Sally Rooney, only five pieces out of 16 failed to mention her age, three of which were reviews.

“Coleman, one of 27 female authors interviewed for the report on her experience of being published, said she had never been reviewed by a broadsheet, despite writing a string of bestselling novels. “For a man writing is a career,” she said. “For a woman, so often her writing is treated like it’s a hobby, it is a nice thing to do on the side. That attitude is deeply embedded in our culture.”

“Harris reported similar experiences: “In general, when you compare the coverage of my work to that of men writing in similar areas, the emphasis in my case has been on the domestic, and in theirs on the academic,” she said. “Women are still viewed as a niche group, dealing solely with women’s issues, whereas men (even in the same area) are thought of as dealing with important, universal themes.”

“Danuta Kean, the report’s author, said that just as it was for Bassano, “women still aren’t provided with an equal platform to men upon which their work can be judged.”

“The Emilia report recommends challenging publishers over gender stereotypes on covers, which “undermine the credibility of fiction by women and their ability to be taken seriously”, and asking literary editors to examine any gender bias in their review coverage.

“Playwright Morgan Lloyd Malcolm, whose play Emilia is transferring to London’s West End, said that the research showed that Bassano’s struggles for recognition “sadly still chime with those of her fellow women writers 400 years later”.

“Bassano managed to publish a book, Salve Deus Rex Judaeorum, getting around censorship that limited women to writing only religious texts. Yet she is scarcely known outside academic circles.”