An article offering eleven secrets to writers describing characters appeared in the Writer’s Digest on January 14, 2015.   It was written by Rebecca McClanahan, whose website describes her as ‘author, educator, and public speaker specializing in essays and memoir, the craft of writing, and the creative process.’  She has written 10 books. 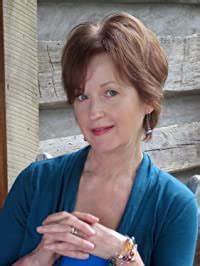 Ms McClanahan says, in part: “The characters in our stories, songs, poems, and essays embody our writing. They are our words made flesh. Sometimes they even speak for us, carrying much of the burden of plot, theme, mood, idea, and emotion. But they do not exist until we describe them on the page. Until we anchor them with words, they drift, bodiless and ethereal. They weigh nothing; they have no voice. Once we’ve written the first words—“Belinda Beatrice,” perhaps, or “the dark-eyed salesman in the back of the room,” or simply “the girl”—our characters begin to take form.

1. Description that relies solely on physical attributes too often turns into what Janet Burroway calls the “all-points bulletin.”

It reads something like this: “My father is a tall, middle-aged man of average build. He has green eyes and brown hair and usually wears khakis and oxford shirts.”

This description is so mundane, it barely qualifies as an “all-points bulletin.” Can you imagine the police searching for this suspect? No identifying marks, no scars or tattoos, nothing to distinguish him.

2. The problem with intensifying an image only by adjectives is that adjectives encourage cliché.

Often the easiest way to avoid an adjective-based cliché is to free the phrase entirely from its adjective modifier. For example, rather than describing her eyes merely as “hazel,” Emily Dickinson remarked that they were “the color of the sherry the guests leave in the glasses.”

In my earlier “all-points bulletin” example, the description of the father’s hair might be improved with a detail such as “a military buzz-cut, prickly to the touch” or “the aging hippie’s last chance—a long ponytail striated with gray.” Either of these descriptions would paint a stronger picture than the bland phrase brown hair.

4. Select physical details carefully, choosing only those that create the strongest, most revealing impression.

One well-chosen physical trait, item of clothing, or idiosyncratic mannerism can reveal character more effectively than a dozen random images. This applies to characters in nonfiction as well as fiction. When I write about my grandmother, I usually focus on her strong, jutting chin—not only because it was her most dominant feature but also because it suggests her stubbornness and determination.

5. A character’s immediate surroundings can provide the backdrop for the sensory and significant details that shape the description of the character himself.

If your character doesn’t yet have a job, a hobby, a place to live, or a place to wander, you might need to supply these things. Once your character is situated comfortably, he may relax enough to reveal his secrets. On the other hand, you might purposely make your character uncomfortable—that is, put him in an environment where he definitely doesn’t fit, just to see how he’ll respond.

Early environments shape fictional characters as well as flesh-and-blood people. In Flaubert’s description of Emma Bovary’s adolescent years in the convent, he foreshadows the woman she will become, a woman who moves through life in a romantic malaise, dreaming of faraway lands and loves. We learn about Madame Bovary through concrete, sensory descriptions of the place that formed her.

In the opening scenes of the film The Big Chill, we’re introduced to the main characters by watching them unpack the bags they’ve brought for a weekend trip to a mutual friend’s funeral. One character has packed enough pills to stock a drugstore; another has packed a calculator; still another, several packages of condoms. Before a word is spoken—even before we know anyone’s name—we catch glimpses of the characters’ lives through the objects that define them.

8. Description doesn’t have to be direct to be effective.

Techniques abound for describing a character indirectly, for instance, through the objects that fill her world. Create a grocery list for your character—or two or three, depending on who’s coming for dinner. Show us the character’s credit card bill or the itemized deductions on her income tax forms. Let your character host a garage sale and watch her squirm while neighbors and strangers rifle through her stuff.

9. To make characters believable to readers, set them in motion.

Be as specific as possible. “Reading the newspaper” is a start, but it does little more than label a generic activity. In order for readers to enter the fictional dream, the activity must be shown. Often this means breaking a large, generic activity into smaller, more particular parts: “scowling at the Dow Jones averages,” perhaps, or “skimming the used-car ads” or “wiping his ink-stained fingers on the monogrammed handkerchief.” Besides providing visual images for the reader, specific and representative actions also suggest the personality of the character, his habits and desires, and even the emotional life hidden beneath the physical details.

10. Verbs are the foot soldiers of action-based description.

However, we don’t need to confine our use of verbs to the actions a character performs. Well-placed verbs can sharpen almost any physical description of a character. In the following passage from Marilynne Robinson’s novel Housekeeping, verbs enliven the description even when the grandmother isn’t in motion.

… in the last years she continued to settle and began to shrink. Her mouth bowed forward and her brow sloped back, and her skull shone pink and speckled within a mere haze of hair, which hovered about her head like the remembered shape of an altered thing. She looked as if the nimbus of humanity were fading away and she were turning monkey. Tendrils grew from her eyebrows and coarse white hairs sprouted on her lip and chin. When she put on an old dress the bosom hung empty and the hem swept the floor. Old hats fell down over her eyes. Sometimes she put her hand over her mouth and laughed, her eyes closed and her shoulder shaking.

11. We don’t always have to use concrete, sensory details to describe our characters, and we aren’t limited to describing actable actions.

With writers like Milan Kunera, we learn about characters through the themes and obsessions of their inner lives, their “existential problems” as depicted primarily through dreams, visions, memories, and thoughts. Other writers probe characters’ inner lives through what characters see through their eyes. A writer who describes what a character sees also reveals, in part, a character’s inner drama. In The Madness of a Seduced Woman, Susan Fromberg Schaeffer describes a farm through the eyes of the novel’s main character, Agnes, who has just fallen in love and is anticipating her first sexual encounter, which she simultaneously longs for and fears.

… and I saw how the smooth, white curve of the snow as it lay on the ground was like the curve of a woman’s body, and I saw how the farm was like the body of a woman which lay down under the sun and under the freezing snow and perpetually and relentlessly produced uncountable swarms of living things, all born with mouths open and cries rising from them into the air, long-boned muzzles opening … as if they would swallow the world whole …”