An article with the title ‘While Offensive TV Shows Get Pulled, Problematic Books Are Still Inspiring Debate and Conversation’ dated July 3, 2020 and written by Ron Charles appeared in the Washington Post.

Ron Charles writes about books and publishing for The Washington Post. For a dozen years, he enjoyed teaching American literature and critical theory in the Midwest. Before moving to the District, he edited the books section of the Christian Science Monitor in Boston. His wife is an English teacher and the cinematographer of their satirical series, “The Totally Hip Video Book Review.” 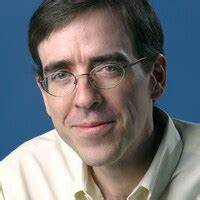 The article, in its entirety is as follows.

“As Confederate statues finally tumble across America, television networks are marching through their catalogs looking to take down racially offensive content. It turns out that little video monuments are lurking all across the TV canon — more shocking with each new announcement. Just this month, blackface scenes have been rediscovered and removed from “The Office,” “Community,” “30 Rock” and “Scrubs.”

“The Office”? — really? I don’t remember that scene.

Of course not. Collective amnesia is an essential condition for perpetuating poisonous stereotypes, the way bad sanitation leads to cholera.

In her most recent novel, Swing Time, Zadie Smith captures the disorienting surprise of running across an old racist trope. Her title Swing Time is borrowed from a 1936 musical comedy starring Fred Astaire. In Smith’s prologue, a young woman googles a favorite scene from that movie that shows Astaire performing a tribute called “Bojangles of Harlem.” With a shock, she sees what she had not noticed as a child: “I hardly understood what we were looking at,” she says. There’s Astaire dancing as magically as ever, but he’s in blackface with “the rolling eyes, the white gloves, the Bojangles grin.” Her beloved scene suddenly feels ruined by racist exaggerations.

The great reckoning now sweeping across pop culture has been working through the stacks of literature for far longer. The effects of time are twofold: Most books have fallen into dust, along with the racist values they imbibed. And those few texts that survive have been subjected to rigorous — and ongoing — debate.

Any theater launching a production of “Othello,” for instance, must begin with a rich body of scholarship on Shakespeare’s sources and intentions. What are we to make of the Moor, the Venetian general manipulated into murderous rage by his villainous white colleague? Even before Othello comes onstage, he’s subjected to obscene racist ridicule. And later, Othello himself laments, “Haply, for I am black and have not those soft parts of conversation that chamberers have.”

As a Renaissance writer working in England 250 years before the Emancipation Proclamation in the United States, Shakespeare surely held the white supremacist values of his culture. But is “Othello” a racist play, or is it a fledgling critique of racism?

And most important: Is that a distinction we’re willing to investigate anymore?

Twitter would, no doubt, trend with #CancelShakespeare. By the end of a ferocious week, the Bard would withdraw his play, begin a listening tour, and issue a statement expressing deep regret for the pain he has caused by appropriating the experience of a Moor.

Monuments celebrating racist traitors, which were erected to fabricate history and terrify black Americans, are not works of art that deserve our respect or preservation. Similarly, scenes of modern-day white comedians reenacting minstrel-show caricatures are not ironical interrogations of racism that we have to stomach any longer.

Blackface has long been an issue in comedy.  Look no further than ‘Saturday Night Live’ for proof.

But. complex works of literature are large, they contain multitudes.

Uncle Tom’s Cabin presents a fascinating trajectory of the currents of American sensitivities. Harriet Beecher Stowe’s anti-slavery melodrama electrified the nation when it was published in the early 1850s. Northern abolitionists wielded the novel as a sword for their cause. Southern defenders of slavery answered Stowe’s work with condemnations and counter stories. Even if President Lincoln never actually told Stowe, “So you’re the little woman who wrote the book that started this Great War,” the sentiment of that legend is true: Stowe energized the debate that led to battle. Frederick Douglass wrote that the novel’s “effect was amazing, instantaneous, and universal.” In the 20th century, though, the book fell out of favor. Critics complained that it traffics in subservient racial stereotypes; the name “Uncle Tom” became a racial insult denoting complicity with one’s oppressors. But in 2006, Henry Louis Gates Jr. and Hollis Robbins published The Annotated ‘Uncle Tom’s Cabin’ which offers a complex reappraisal of the novel as a “strange, startling, and audacious work.”

That is the nature of literature. The words on the page may be frozen, but we’re not. To engage with them carefully and with each other civilly is to reap a better understanding of who we were and are.

Just a few weeks after it was published in 1885, Adventures of Huckleberry Finn was banned by the Concord Public Library, which condemned Twain’s novel as “absolutely immoral.” Complaints came from white readers alarmed by the book’s coarse language; the Brooklyn Public Library was shocked that Huck said “sweat” instead of “perspiration.” Heaven forfend! But in the 20th century, that silliness gave way to thoughtful considerations of the novel’s treatment of racism and racist slurs. By the 1950s, a movement had begun to remove the novel from American schools because of its frequent use of the n-word. As that push gained momentum, critics debated whether Twain’s portrayal of Jim is sympathetic or humiliating; others suggested editing the novel to fit contemporary tastes. The critical arguments have been illuminating, exploring, among many subjects, Twain’s regard for black people and the deleterious effects of racist language on African American students.

Even weak novels can spur great debates. This year, a thriller by Jeanine Cummins called American Dirt would have fallen quickly into the obscurity that awaits most thrillers. But several insightful critics uses Cummins’ book to highlight the persistence of racist stereotypes in popular literature.  Their critiques and subsequent activism promise to permanently improve the representation of Latino people in publishing.

Under the best circumstances, that’s the enriching conversation that literature can inspire: the alchemy that transmutes authors’ moral and artistic flaws into insight and understanding. I don’t mean to suggest that we’re under any super-sophisticated obligation to tolerate plainly racist books. But if cancel culture has a weakness, it’s that it risks short-circuiting the process of critical engagement that leads to our enlightenment.

What’s more insidious is the self-satisfaction that comes from calibrating our Racism Detector to spot only a few obvious sins. Scanning videos for blackface or searching text files for the n-word is so much easier than contending with, say, the systemic tokenism of TV rom-coms or the unbearable whiteness of Jane Austen.

It is a truth universally acknowledged, that a man in possession of a point like that must be in want of a quarrel.