In a post written by J D Lasica, the Chief Experience Officer and Co-Founder of Authors A. I., on July 9, 2020 on the Writers Digest website explores the above intriguing idea.  Mr Lasica is the author of Catch and Kill. 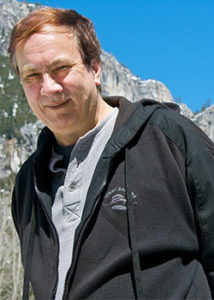 “Of all the sectors that artificial intelligence is disrupting—finance, health care, transportation—the creative art of fiction writing seems like the least likely candidate to be impacted by A.I.

But A.I. has arrived like a gift-wrapped box on the doorstep of the author community. Should we open it up? Or do we need to worry that what’s inside will put authors out of a job?

It turns out that a new fiction-savvy bot is not out to take the place of the next Hemingway, Steinbeck, or Atwood. Nor is it out to displace editors or other humans.

The A.I. program, from the tech startup Authors A.I., was built to help the next generation of authors write great books, attract large readerships and maybe even hit the bestseller lists. And, yes, to help authors’ own careers.

Many maverick fiction authors start writing their first manuscript thinking they’ll write a book that defies the rules and blazes a completely new path—wholly original, conventions be damned. They imagine writing a work of such staggering genius, as Dave Eggers might put it, that it could give birth to an entire sub-genre all its own.

Marlowe, the name the founders gave to the A.I., is adept at identifying the shortcomings of a fiction manuscript. She is programmed to send authors down the proper path. In the end, novel writing often involves a right way and a wrong way to tell a story. You don’t want to end your romance novel with a murder-suicide, no matter how brilliant your prose.

That’s where artificial intelligence can help. Marlowe won’t write any passages for authors. But she has studied a large number of books that hit the bestseller lists and she’s reverse-engineered the components of popular novels that resonated with readers.

The best novels are those that meet certain reader expectations for their genre while delivering the story in a fresh and original way. That insight is liberating, because it frees authors to write books that delight readers instead of wasting time raging against literary conventions or the strictures of traditional editors.

The first area where A.I. can help with storytelling is a sort of big-picture eye-of-God look at the plot structure and spine of a story.

Many of the best stories follow a certain playbook (“formula” is such a nasty word), with a beginning hook, an inciting event that propels the protagonist into the middle build, a midpoint shift that turns the story in an entirely new direction, an assortment of reversals and revelations, and a climactic buildup leading to an ending payoff.

Marlowe can identify these major plot points and tell at a glance whether they’re positioned correctly. She will point out the specific passage or line of dialogue where these major plot turns occur.

Authors who use Marlowe are running each draft of their manuscripts through her as they reposition chapters and major action scenes.

It generally takes authors time and dedication to master the art of pacing. A story ebbs and flows. Authors may start out their novel in media res, with a big action scene, or at a more languid pace, focusing on world building or foreshadowing or fleshing out characters.

But even veteran authors have a hard time assessing whether they’ve properly spaced out their peaks and valleys—the spots where readers turn pages quickly or slowly. The most successful writers vary the pace of their story to provide variety, and also to provide relief to the reader. No one wants to read a thriller with 60 chapters of nonstop action and no letup. One of Marlowe’s most popular features is a visualization of a novel’s pacing.

Marlowe takes the pulse of major characters and lets authors know if they’ve done a good job providing enough variety through the actions they take. (As Henry James said, plot is the act of putting characters under pressure.) Unlike feedback from critique groups, who are unfailingly polite, Marlowe has no hesitation in pointing out that a hero is too passive or a villain is way too much of a nice guy.

This A.I. breaks down the ratio of dialogue versus narration in a work and compares the percentages to that of bestselling novels. Several authors have found, after using Marlowe, that they hadn’t realized they had tipped too far into dialogue when narrative summary was called for.

It turns out that subject matter is a major determinant of whether a book becomes a bestseller—not the specific topic or theme of the book so much as the importance of streamlining the story so only one or two major subjects dominate instead of a lots of tangential side plots that dilute the main storyline.

This is a tendency seen in a lot of debut novels where the author is tempted to draw from life experience and cram everything under the sun into an overstuffed narrative. William Faulkner put it well: “You must kill all your darlings.” With that awareness in mind, Marlowe charts out top subject matters and their presence in the novel.

Her cliché finder tells authors about that bird in the hand, but it’s up to them to decide if they should avoid clichés like the plague or are striking the right balance for readers.

She plays copy editor, too, pointing out not just misspellings, but your authorial tics—repetitive phrases, overused adjectives and adverbs, as well as use of the passive voice—and provides the reading grade level and complexity score for the book.

Fiction authors have seen the marketplace change radically in the past decade with the dawn of ebooks, self-publishing and, now, a boom in audiobooks.

It’s time to add artificial intelligence to the list.”

Having looked at the Authors A. I. website, and checked out their pricing, I’m inclined to give the service a try.